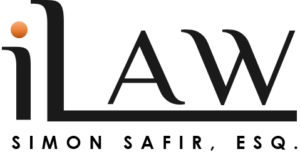 Would you like to know if a loved one’s Last Will and Testament is valid? Here are 6 ways a will can be considered invalid.

Undue influence is where the person who has passed away (also referred as decedent), made the Will not based on their own judgement, but based on somebody else’s wishes. Types of influences in theses cases would include intimidation, physical threat, etc. It is very heartbreaking and common that those who tend to influence the decedent are those close to your loved one.

When contesting a Will, the Texas Supreme Court set out the factors that determine undue influence in Rothermel v. Duncan 369 S.W.2d 917 (Tex.1963). All three factors below need to exist in order to be considered undue influence:

Also known as lack of mental capacity. For a Will to be valid, the decedent needed to be in their right mind at the time the document was signed. For a loved one to be considered to have sufficient mental capacity, they must have:

One of the harder things to prove as the court assumes the decedent was in their right state of mind when the will was created. This process might need to involve witnesses and other evidence, as well as experienced nurses and doctors who can provide insights to mentally debilitation conditions.

4. Under the age of 18
One of the simplest and most straightforward one – if a Will was made when the decendent was younger than 18, their Will is not considered valid. It would only be considered valid if they were married or in the armed forces.

5. Fraud in Inducement
Inducement fraud occurs when facts are intentionally misrepresented. Regardless of what these facts might have been, the decedent might have made different decisions about their Will if they had known them. So basically, it means someone purposely misled your loved one.

An example would be your loved one may have been told, for example, that a family member or relative, who would most likely have received a share of the testator’s estate, did not need the money. If your loved one knew this type of information, he or she would probably choose a different route when it came to distributing assets.

Forgery
The least surprising one that would make any document invalid. A forged signature on a Will can be challenged. However, it is not very easy to prove a signature was forged. You will need proof the signature did not belong to your loved one.

If any of the factors we just discussed have hit a little too close to home, it could mean you have grounds to contest the Will. If you need help navigating through your Will Contestation case, our team at iLaw can help you!

“The information contained in this Website is provided for informational purposes only, and should not be construed as offering legal advice, or creating an attorney client relationship between the reader and the author. You should not act or refrain from acting on the basis of any content included in this Website without seeking appropriate legal advice about your individual facts and circumstances from an attorney licensed in your state. Simon Safir disclaims all liability with respect to actions taken or not taken based on any or all of this Website’s contents. Simon Safir is licensed to practice law in Texas.”

Please send us a message, and we will respond within 24 hours.